Weymouth, United Kingdom A 49-year old woman gardening at her home struck an object about a foot deep in the ground. Thinking it was a large stone or pipe, she took it inside and began washing and scrubbing it with a brillo pad to get a closer look. 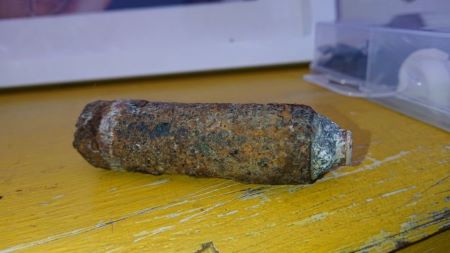 She then posted the find on her social media site but when users suggested it UXO, the woman became terrified and returned it quickly to the garden before calling police. The police responded and safety transported the item to a nearby park where it was disposed of using open detonation.

Linking Blogs | 481 Views
Comments
Comments are not allowed for this entry.