Denbighshire, United Kingdom Workers upgrading the water lines on the grounds of Bodelwyddan Castle uncovered artifacts dating back to WWI including evidence of munitions. An archeological team was called with support from a civilian UXO contractor to investigate the finds which included spent 303 rifle cartridges, barbed wire, and reportedly fragments of mills hand-grenades as shown below. 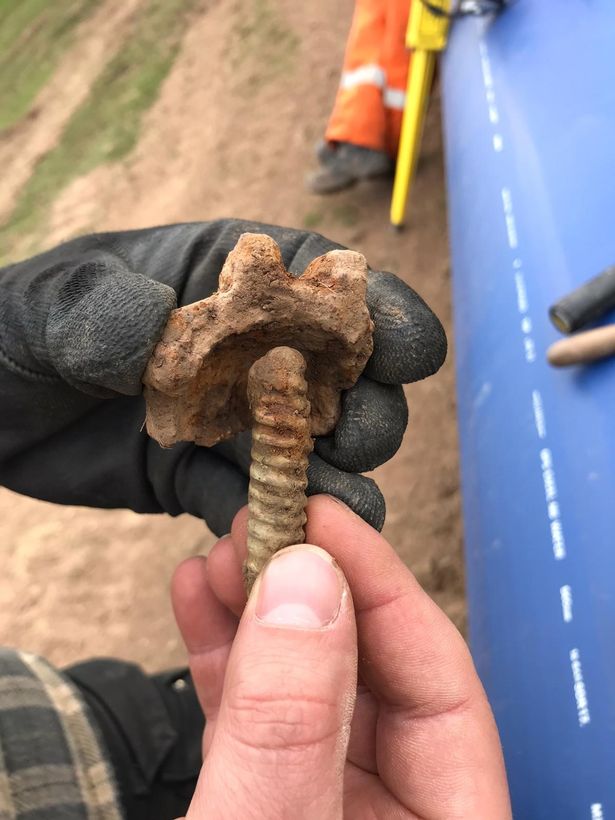 During the war, the castle served as a hospital for wounded soldiers, but the grounds of the estate also served as a base for trench warfare training for soldiers at the nearby Kinmel Camp. Richard Cooke, Senior Archaeologist on the project told reporters, "This is the first time these World War I practice trenches have been investigated so extensively and they have given us an exciting window into this most fascinating part of our past." Mr Cooke added: "Other finds include the butt of a flare cartridge showing that they were practicing night-signalling, as well as the priming cap from an artillery shell, suggesting that field artillery guns were also being used at the site."

Following these discoveries, the water line contractor has worked closely with archeological experts to ensure the work to lay the new pipe does not affect the site's historical significance. Work in the castle grounds is due to be complete by the end of June.

Linking Blogs | 472 Views
Comments
Comments are not allowed for this entry.