Cambridge, United Kingdom A 13-year old teenage boy pulled an unexploded grenade from the River Cam during a magnet fishing trip with his mother. The mother notified the police who responded and cleared the area before calling EOD. 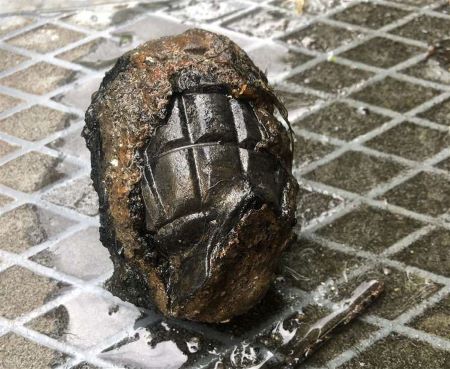 The 37-year old mother described the find to reporters following the incident: "He pulled it off the magnet and he turned it around. Because it was all corroded on one side you couldn't see what it was at first, but the other side luckily had the square patterns on it." She further elaborated that her son called his father who is former military and asked him what he thought it was  " We got him on Facetime and he said yes, it is a grenade. Put it down on the floor and run!"

Linking Blogs | 298 Views
Comments
Comments are not allowed for this entry.