Brean Beach, United Kingdom Portions of Brean Beach were closed when a local metal detector enthusiast uncovered the fuse from a WWII era shrapnel bomb. Police and Coast Guard officers responded to inspect the find but where forced to wait until the next day to remove the item due to high tides. 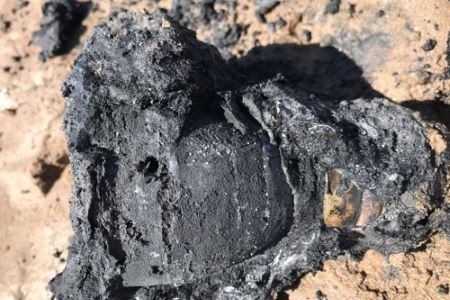 During an interview after the find, the metal detector enthusiast stated to a reporter, "I was metal detecting in the area and heard a faint, scratchy signal on my metal detector, so dug down into the sand and found a rusty metal item. I banged it several times with my shovel to get the mud and sand off before realizing what it was. It's cracked and has a brass plate but is recognizable." He went on to say that the item was the "the size of a rugby ball and appears to still have the fuse in place."

A Coastguard spokesman added, "It looks very much like a small shrapnel bomb that we were tasked to last year." The unidentified WWII-era munition was safely removed and the beach reopened.

Linking Blogs | 277 Views
Comments
Comments are not allowed for this entry.