Chicago, IL a homeowner doing lawn work uncovered an artillery round in his lawn. The man reported the find to police who reported with the local bomb squad.

According to the Chicago Police Department social media site: "a WWII artillery shell was located by a resident on the 3000 block of W. 38th Pl. District personnel responded, and summoned the bomb squad. They removed it to an alternate location after x-raying it and determining it was likely live. 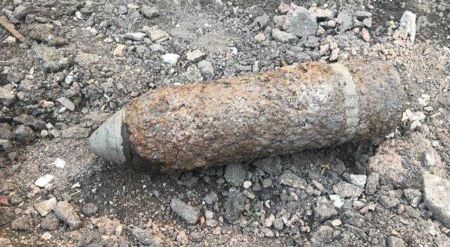 The bomb squad safely disposed of the 75mm round.