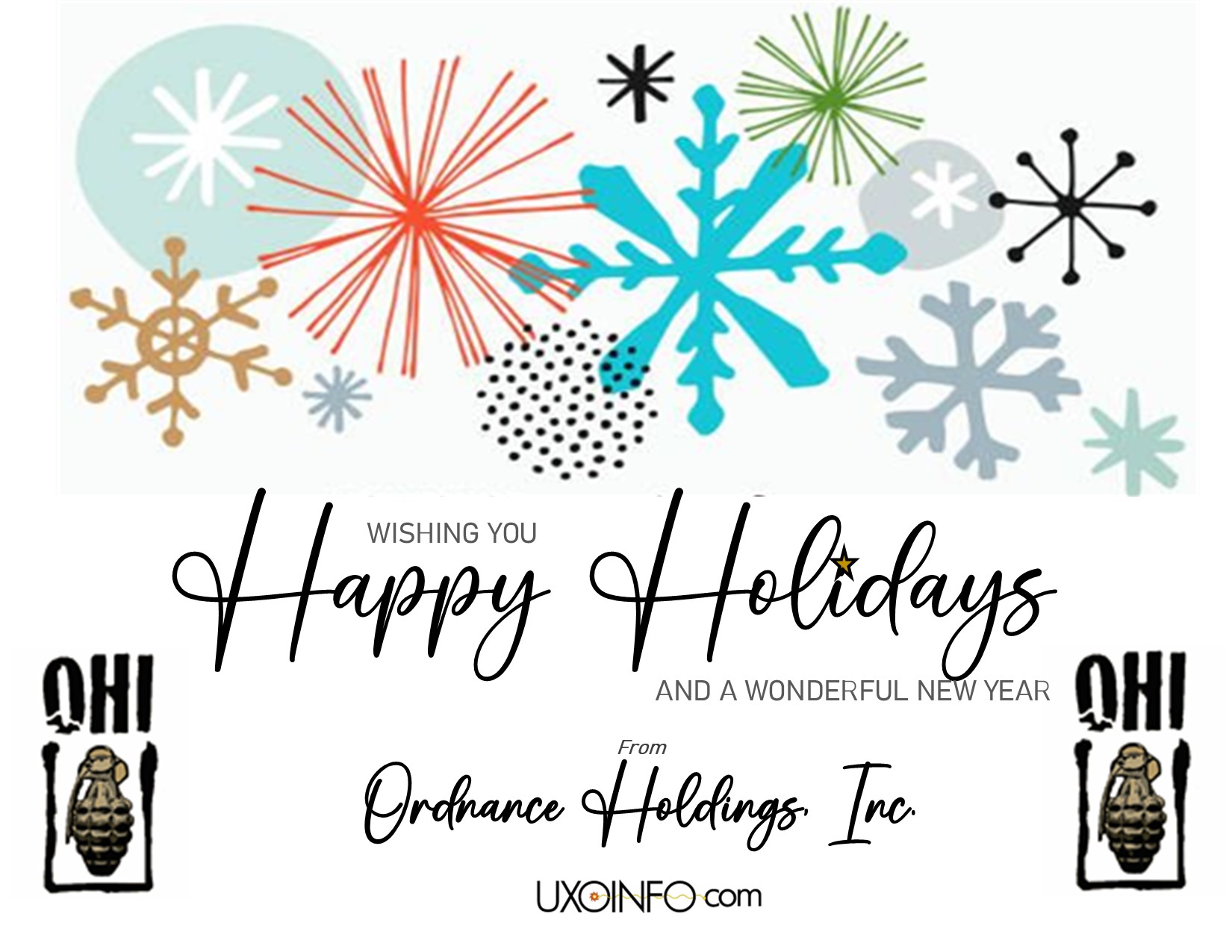 Our team at UXOInfo.com & Ordnance Holdings, Inc. (OHI) wish you and your family happy holidays and a joyous New Year.

It's Raining Grenades in Hawaii

Wailea, Hawaii Maui Police were called to a residence for a report of UXO found in a gulch behind the home. Officials believe the recent heavy rains in the area washed the device down to its location, as it was not there previously.

The Maui Police Department's bomb squad responded and determined the grenade to be inert. Army EOD was notified of the find, and Maui police removed it for proper disposal. 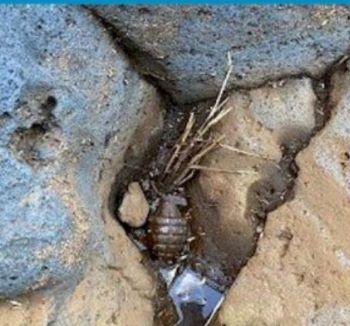 Zamboanga City, Philippines Construction workers working to add an addition to a residential property uncovered 22 UXO items. The homeowner notified the police who responded with a local bomb squad to transport the items for disposal. Once the ordnance was removed, construction resumed and three days later another seven rounds were uncovered. 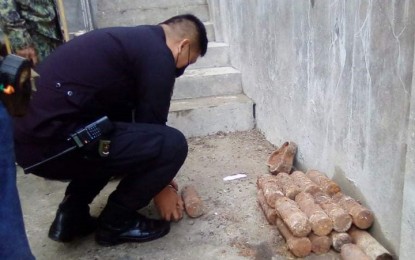 Zamboanga City, Philippines A teenage boy was killed and his two friends injured after a UXO which they had stolen exploded. According to the Director of the Zamboanga City Police Office, five boys initially went out for a swim when three of them decided to enter the grounds of the Naval Forces Western Mindanao in Barangay Rio Hondo through a seawall.

Reportedly, the boys found the ordnance inside a bucket surrounded by a pile of used tires. One of the boys apparently threw the item against the seawall, resulting in a blast killing his friend and injuring the other. The police investigation concluded the UXO was an artillery round from the Philippine military.

Air Reserve Base Evacuated Due to Ordnance Incident

Homestead, Florida The Air Force has released very few details concerning the evacuation of Homestead Air Reserve Base and nearby residents due to a potentially hazardous situation caused by a 500-pound bomb. Although not confirmed by the Air Force, it was reported that a 500-pound bomb dropped from one of the F-16 fighter planes while on the ground and rolled near an area where other bombs were stored.

The Base and surrounding community was impacted for several hours as the 482nd Air Force EOD unit reportedly, according to a statement released by the Base, "rendered the damage ordnance safe."

An investigation is underway to determine how the incident occurred and who may be responsible for the incident. Criminal prosecution and /or disciplinary actions may be taken if it is discovered that someone was negligent in their duties.

Rockwell, Texas A man who purchased the contents of an abandoned storage unit at auction got the surprise of a lifetime when he discovered military ordnance inside. The man called the police who responded and evacuated the areas as they called in the Garland Bomb Squad for assistance.

The types or amounts of munitions recovered was not reported. The Rockwall Police Department did release a statement which that they are cooperating with "local, federal and military partners to develop a plan on how to safely collect and dispose of the items and make sure our community is safe."

Camp Foster, Okinawa, Japan The Japanese Maritime Self-Defense Force has begun operations to dispose of more than 600 UXO uncovered on Okinawa this year. Approximately 319 items were safely detonated a half-mile offshore from Naha Port's Shinko Wharf, according to a Naha city spokesperson.

The ordnance was uncovered during dredging operations off Naha Port between March and November. The UXO are believed to be American-made and were likely dropped during the pivotal Battle of Okinawa that lasted from April 1 to June 22, 1945. The city spokesman said, "The disposal was conducted as planned and without any trouble."

Berlin, Germany Four people were injured when a WWII aircraft bomb exploded at a worksite near Munich's busy main train station during construction drilling for a new tunnel. According to the Munich fire brigade, one of the people was seriously injured.

The area was cordoned off and explosives experts were summoned to the site to examine the remains of the bomb, the fire brigade said. The blast causes suspension of rail travel to and from the main train station, according to rail operator Deutsche Bahn.

EOD Called to Hospital to Assist in 'Butt Bomb' Removal

Gloucestershire, England Members of the 11 EOD Regiment responded to a hospital in England to reports that a patient arrived with a WWII mortar shell stuck in his rear. According to reports, the man was a military enthusiast who had military collectibles and' "slipped and fell" on the 57mm shell.

In a statement from the Gloucestershire Hospitals NHS Foundation Trust a spokesperson said, "We can confirm that the police and Explosive Ordnance Disposal team attended Gloucestershire Royal Hospital. As with any incident involving munitions, the relevant safety protocols were followed to ensure that there was no risk to patients, staff or visitors at any time."

EOD confirmed that the round was inert and it was painstakingly removed. The unnamed patient was released from the hospital and is expected to make a full recovery.