Cape May, New Jersey A Cape May resident found more than weeds while doing yard work when two rusty WWII-era UXO were uncovered according to authorities. The Cape May Fire Department secured the scene and the Atlantic City Bomb Squad responded and safety relocated the munitions to a nearby beach for controlled detonation.

Officials said that this is a common occurrence in the area as it served as a military base in the early 1900s. The public was also reminded to always report such potential explosive finds to authorities. 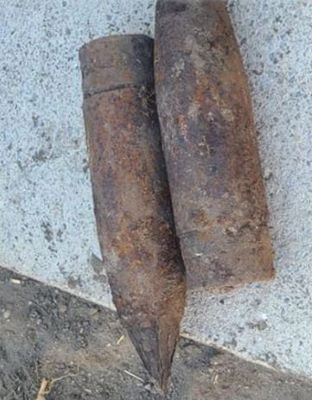 Linking Blogs | 151 Views
Comments
Comments are not allowed for this entry.