Redstone Arsenal, Alabama A hunter walking through a wooded area near 565 on Redstone stumbled across a cache of ordnance which included 20mm and 40mm rounds and a variety of fuzes. The hunter who had previously participated in a UXO awareness class, a requirement for hunters wishing to hunt on the base; called 911 to report the find. 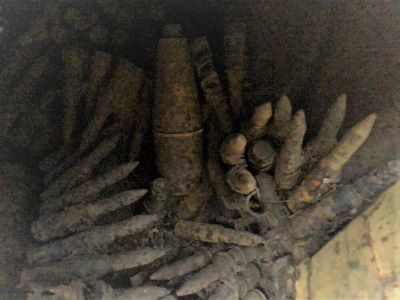 Emergency authorities notified the safety office who dispatched a response team. The team secured the area and send photos of the items to the EOD unit at Fort Benning. EOD evaluated the images and dispatched a team the same day to safely transport and dispose of the items.

Linking Blogs | 210 Views
Comments
Comments are not allowed for this entry.