Knoxville, TN A report of a military munition in a residential shed led to a multi-agency response including members of Fort Campbell EOD, the local FBI office and local police which followed standard protocol for that jurisdiction.

While the device was being X-rayed and evaluated, authorities requested that 20 homes within a 300-foot radius of the find be contacted directly by the 9-1-1 center and let them know they may be asked to leave their homes for a brief time later in the night. 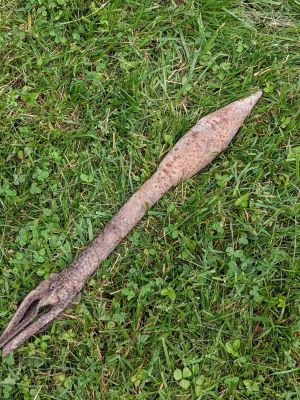 Firefighters and officers were also sent door-to-door in the affected area to ease concerns and communicate there was no immediate danger. However, the alert meant for the small geographic area was mistakenly sent countywide. Individuals with landline phones were contacted and people who had registered their cellphone numbers with 911 received the message. Cumberland County 911 Director Eric Ritzman told reporters covering the story that a "software glitch" was to blame for the wider than expected alert.

EOD determined that the rocket was a training round that potentially contained energetic material. The rocket was packaged and transported to a remote location nearby where it was detonated with countercharges.

Linking Blogs | 306 Views
Comments
Comments are not allowed for this entry.