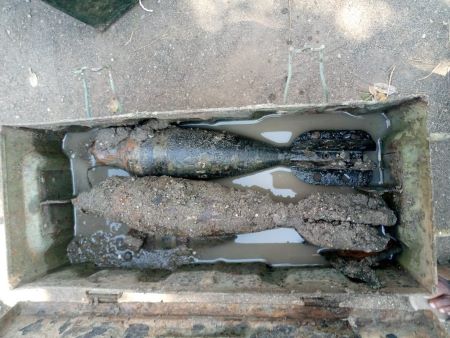 Two of the men in boat were reported so shocked, they immediately jumped into the hippo infested waters, fearing that the rounds would explosive. The others in the boat calmly rowed to shore and reported the incident to local officials.

Authorities notified the local Bomb Disposal and Hazardous Materials unit based in Kisumu, who rushed to scene and took possession of the mortars for proper disposal.

Linking Blogs | 156 Views
Comments
Comments are not allowed for this entry.