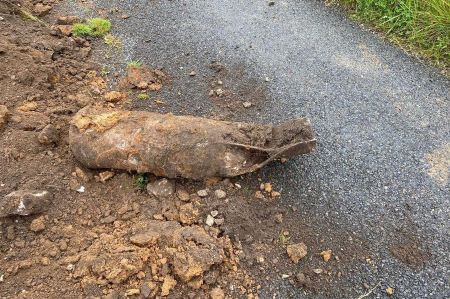 In a post on their social media page, Western Power Distribution said: "This unexploded WWII bomb was found by our contractors working at Earl Sterndale in the Derbyshire Peak District this week. The bomb squad made a preliminary assessment of the find and cordoned off the area with a police guard. They then returned the following day, confirming the bomb was live and detonating it safely. Thankfully, our work to dig and lay new electricity cables is usually much less explosive."

Linking Blogs | 559 Views
Comments
Comments are not allowed for this entry.