Burnham-on-Sea, England A 12-year-old boy metal detecting got the surprise of his life when he found an old artillery fuze. The boy described the incident to reporters covering the story:

"This is the fuse that I found whilst I was out metal detecting in a field in Mark. It is dated 1916 and was shot out of a cannon."

"We called the Police and they sent out two officers in a van who took me in the vehicle to show them where I dug it up."

"The sergeant went through the hole and luckily found nothing further. When we got back, the police sent pictures to the Army and they deemed it safe and that I could keep it." 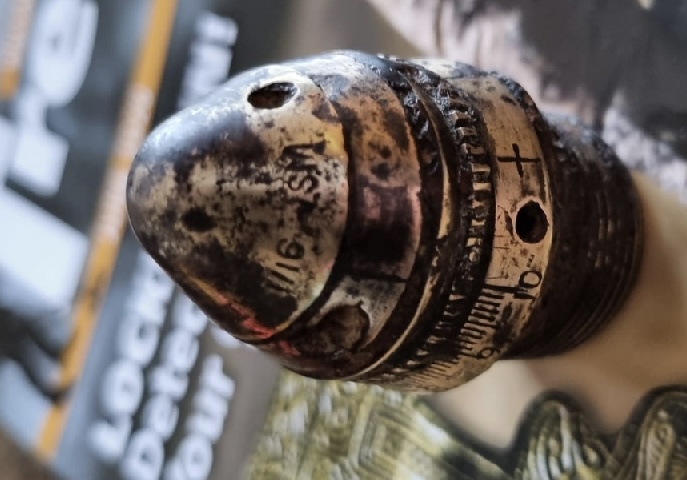 Linking Blogs | 210 Views
Comments
Comments are not allowed for this entry.