Trefriw, North Wales Rental cottage owner Dave Dew is thankful to be rid of one uninvited guest. He was shocked to find a WWII munition in the garden while preparing to build a summerhouse.

Dew frequently finds scrap metal on the property, which was once a blacksmiths, but this was a first. He scraped his spade against something metallic between old tree stumps and immediately called police once he saw what it was.

He also sent a picture of the suspect item which was forwarded to an Army EOD Unit. Two soldiers from Chester responded.

Dew said, "After looking at it, they asked me if I wanted the good news or the bad news first. The good news was that it hadn't gone off, the bad was that it was still live. But was not thought to be life-threatening, which is why no evacuation was ordered." 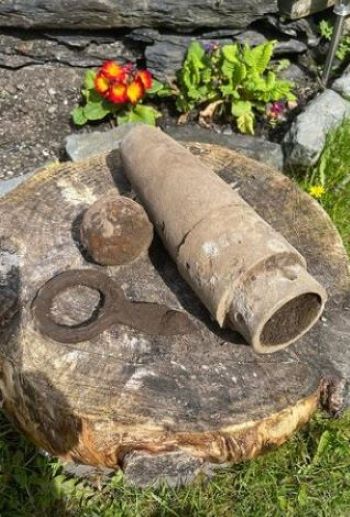 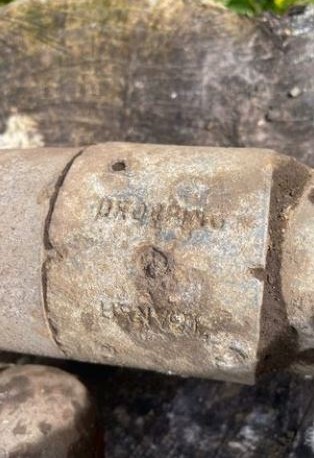 Dew and his wife who rent out a room of the cottage through the vacation rental website Airbnb were relieved no guest stumbled upon the UXO. EOD safely moved the device to a field by the village rugby club for a controlled explosion.

"If I knew then what I know now, I wouldn't have touched it, Dew said, "but I genuinely thought it was nothing. Had gone off, I'm glad I wasn't near it. It might have caused me some discomfort!"

In a statement, a North Wales police spokesperson said, "Officers attended an address in Trefriw following the discovery of a suspected unexploded ordnance device. This device was located in the property's garden by the homeowner. Officers attended the address along with members of the Explosive Ordnance Disposal Unit. The device was securely contained and transferred to a safe, non-residential location for overnight monitoring. A secure detonation was conducted by the EODU."

Linking Blogs | 139 Views
Comments
Comments are not allowed for this entry.