Lod, Israel American Tourists caused quite a bomb scare at Israel's Ben Gurion airport after they declared unexploded ordnance to airport security at luggage drop off. Security officials evacuated and closed off the area.

The shell was reportedly found while visiting the Golan Heights, which Israel captured during the 1967 Six Day War. The Golan was also the site of extensive fighting during the 1973 Yom Kippur War. 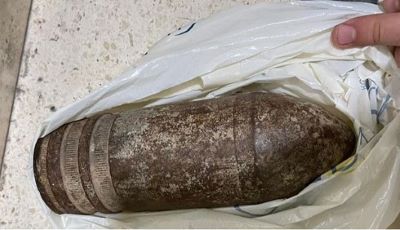 According to Israel's Airports Authority, one man was hospitalized after injuring himself trying to flee over a baggage carousel. The American travelers were interrogated by airport authorities but were eventually allowed to board their flight.

Linking Blogs | 113 Views
Comments
Comments are not allowed for this entry.