Krakow, Poland WWII ordnance was found near Krakow, leading to an evacuation in the area. The 110-lb device was found during construction work in the heart of Wieliczka, a town near Krakow, in southern Poland near the Czech border. Local police issued a statement confirming that the UXO was "a very dangerous find."

County Police Headquarters in Wieliczka received a report that construction workers had hit the ordnance by accident when they came across it. Police said, "Residents often find dangerous objects such as these during works or during trips to the forest. Most often they date back to WWII." 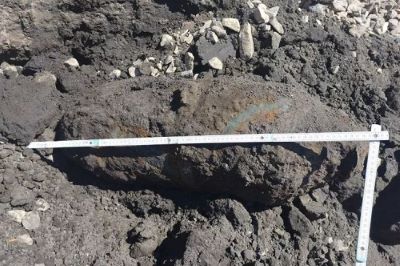 Police officers and City Guards and Firemen of the State Fire Service in Wieliczka evacuated about 450 people from nearby buildings. The police statement continued, "The place where the 'missile' was found was secured by officers from Wieliczka until the arrival of the engineer patrol. After about two hours, the 'missile' was secured and transported by engineers to a training ground, where it will be neutralized."

Police took the opportunity to remind people to exercise caution around suspected UXO, "Remember that unexploded finds must under no circumstances be touched, let alone moved or disarmed. The nearest Police unit should be notified as soon as possible about the discovery. The authorities will secure the area and notify the sappers. Remember that very large missiles can have a range of up to several hundred meters."

Linking Blogs | 95 Views
Comments
Comments are not allowed for this entry.