An unexploded WWII bomb submerged in an Italian river was discovered due to an extreme drought. According to Army official Colonel Marco Nasi, the 1,000-lb bomb was found by fishermen on the banks of the depleted River Po.

Large sections of the 400-mile river have dried up in Italy's worst drought for 70 years. The UXO, which Italian military officials said contained 530 lbs of explosives, led to the evacuation of 3,000 residents in the area so that bomb disposal experts could carry out a controlled explosion.

Mayor Francesco Apori said, "At first, some of the inhabitants said they would not move, but in the last few days we think we have persuaded everyone." Airspace and river traffic in the area were also shut down during the disposal operation. 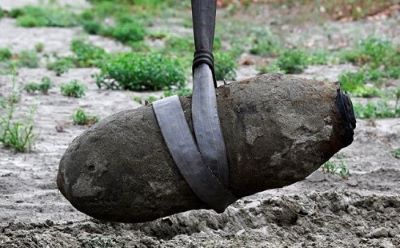