Today marks one of the most important days on the calendar! A heartfelt thanks from the UXOInfo.com Staff to all who have served the United States of America as a member of the military.

We salute your tireless dedication and sacrifice and send out a special thanks to our EOD brothers and sisters who have kept us safe from threats of UXO in the US and abroad. This is your day - have a great one! 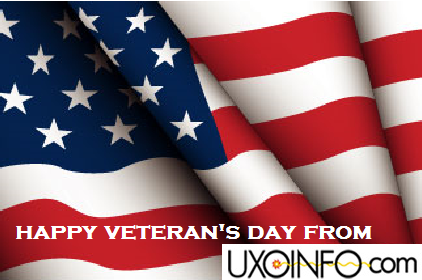 Halloween Was No "Treat" for Fort Bragg Officials

Fort Bragg, North Carolina A soldier made a poor choice when he decided to dress up as a suicide bomber for Halloween. The costume, complete with a simulated explosive vest, caused an emergency response at Fort Bragg when he attempted to gain access to the Base through one of the access control points.

In a written statement about the incident, officials said, "The incident resulted in an emergency response, EOD clearing the entire scene and an extended closure of a gate." It was determined that the soldier was wearing a Halloween costume, but a reminder was issued that such costumes are banned on the Base.

Huntsville, Alabama After more than 24 years of civil service, Charles (Chuck) Twing, chief, Chemical Warfare Design Center, retires March 31. His accomplishments were recognized during a March 20 retirement ceremony attended by current and past Huntsville Center employees as well as representatives from Redstone Arsenal and other Army agencies outside the USACE and Huntsville Center realm.

"These people didn't have to come to the Center on a rainy day like today, but they showed up and that is a testament to you Chuck", said Col. Robert Ruch, Huntsville Center commander. "That speaks strongly to the support you've given."

Prior to his hiring in 1990 as the second UXO safety specialist brought on board at the U.S. Army Corps of Engineers, Huntsville Division, Twing served 20 years in the active-duty Army as an EOD officer. 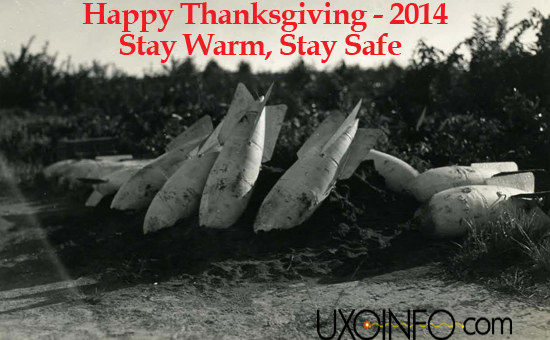 Beachgoers Threatened By A Potential Whale of An Unexploded Bomb

Motpellier Beach, France Authorities are concerned that a 15-ton dead whale that washed ashore could explode at anytime due to gases forming inside the carcass as it decays. One option under consideration to control the threat is to conduct an "open detonation" procedure using commercial demolition explosives. In this scenario, the whale carcass would be first towed out to sea a safe distance from the beach before rigging explosives to destroy the carcass.

Chesil Beach, England A bird watcher looking for birds along the beach stumbled across a suspicious looking metal object along the shoreline. Seeing that the round disc shaped object resembled a landmine, the bird watcher quickly backed away and called the Coastguard to report the find. The Coastguard instructed the man to phone the police which he promptly did.

The police responded and cordoned off the beach area before taking pictures of the item with a digital camera. The images were then emailed to the Royal Navy bomb disposal team based in Portsmouth. EOD technicians identified the item (shown in the image below) as not being a landmine or a military munition. Instead, EOD suspected the item being an old boiler lid from the wreck of a ship. The beach was re-opened shortly afterwards. Police thanked the man for exercising caution and raising the alarm. 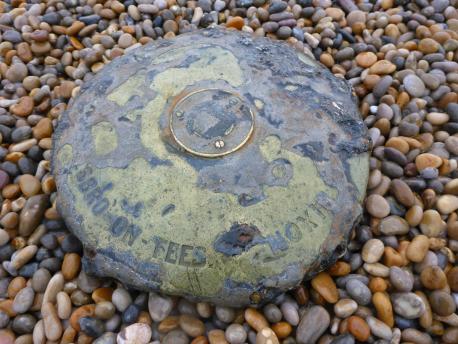 Burnham-on-Sea, United Kingdom When Beverley Milner Simonds was playing fetch on the beach with her puppy, she never dreamed he would return to her with a hand grenade instead of the ball she had thrown to him.

She actually feared for her and her puppy's lives until she determined that the "explosive" was actually a harmless plastic toy that only looked like a hand grenade. As a volunteer Coastguard Rescue Officer, Simonds has been called to deal with actual ordnance that washes ashore on the beach, so the incident was particularly alarming to her.

Montgomery County, Alabama CSX Railroad employees called police after finding a cache of unexploded artillery projectiles stored in a wooded area a short distance away from the train tracks. The police responded with the Montgomery Police Department Bomb Squad. The artillery projectiles were identified as live unfuzed high explosive filled projectiles. From the pictures released, the munitions appear to be unused relatively new munitions. 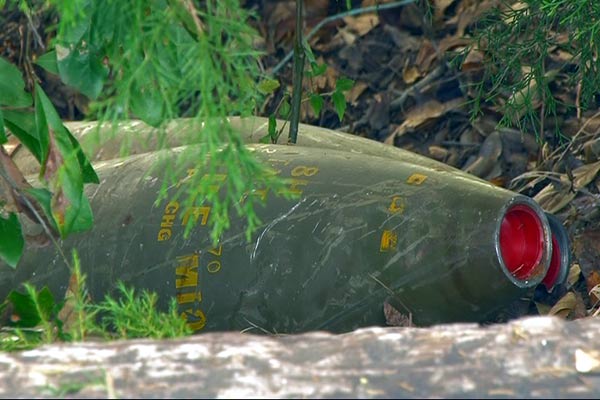 On an related note, UXOInfo.com was recently contacted by a major cable network in the States interested in developing a dynamic new series focusing on the explosive aspect of UXO industry in the U.S. The un-named cable network (they did not want us to release their name) is looking for potential candidates to interview for the show.

Augusta, Kansas Two hunters discovered suspicious white packages in a field near a road and notified the Butler County Sheriff's Office to investigate. The Sheriff's office responded and identified the contents of the packages as dynamite reportedly stolen from the Martin Marietta Materials rock quarry back in September of 2008. The Wichita BATF office that originally investigated the theft back in 2008 reported that the thieves were unable to break into the storage magazine that held the blasting caps required to initiate the explosives. The investigation has been renewed and the ATF is offering a $5,000 reward for information leading to the arrest of the person or persons who stole the explosives.