News of a Munitions Find Sparks a Call to Police

Blakeney, Norfolk, United Kingdom After seeing a local news report about an amateur treasure hunter finding a munition, a woman realized she had two similar devices on her shelf that she found some 20 years earlier. She phoned the local police who responded with a bomb squad an Army EOD unit. EOD identified the munitions as 30mm practice projectiles (exact MK / Mod not reported). Although not considered hazardous, EOD took possession of the items for proper disposal.

That's Not A Soccer Ball In My Garage

Mitchell, South Dakota A Civil War cannonball that was found in a garage in Wessington Springs was destroyed by the 28th Civil Engineer Squadron EOD Unit which is based out of Ellsworth Air Force Base. 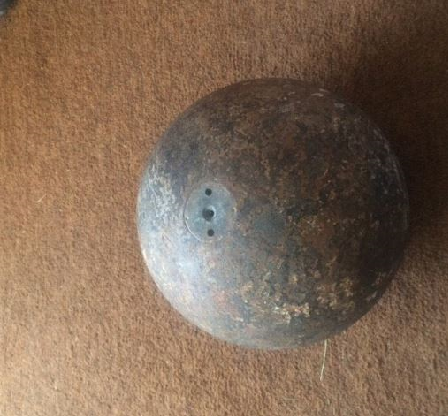 Southampton, United Kingdom Over 1,000 students were evacuated from a school after a student brought an ordnance item to school. The ten inch tip of a shell was brought in by a student who wanted to share the item during the school's commemorations of the Battle of the Somme, known as the bloodiest battle of WWI.

The student found the item on a family trip to a Dorset firing range. A teacher was rightfully worried about the safety of the shell and police were contacted. They evacuated the building, cordoned off the area and called in EOD. The item was confirmed to be part of an old military shell and was removed by EOD for disposal.

Ordnance Is No Diamond in the Rough

Masterton, New Zealand Three businesses were closed following the discovery of a suspect live WWI shell in a jewelry store.

The Wairarapa Police responded to the scene where the shopkeeper found what was described as an old ordnance item while cleaning. Police notified the Army who sent an EOD team to respond.

The item was found to be an inert 18-pound shrapnel ordnance for light artillery. EOD removed the shell for disposal.

Newhall, California Multiple business and residents were evacuated after a munition was dropped off at a Commando Military Surplus store. The owner recognized what appeared to be a small cluster bomb and notified authorities. The Los Angeles County Sheriff's Department's Arson and Explosive unit was deployed to the scene and determined the device was inert. The munition was removed from the store for proper disposal and residents and businesses were allowed back into the area. 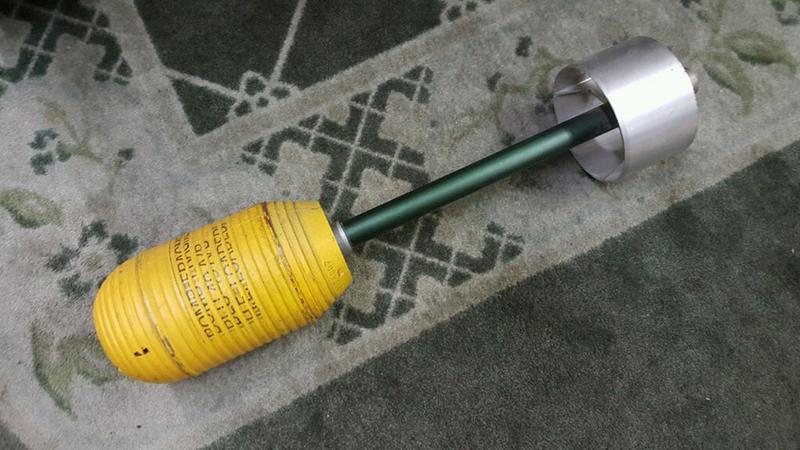 The bomb squad X-rayed the boxes which were found to contain a 60 mm shell and a WWII era Mark II grenade hand grenade. The items appeared to be inert but were removed anyway for safe disposal.

"Ditching" Ordnance - Not the Best Idea

Shuswap, Canada Royal Canadian Navy EOD at CFB Esquimalt was called in to investigate a potential UXO found lying in a roadside ditch among garbage in Shuswap. A local citizen conducting a clean up of illegally dumped refuse was alarmed to find an ordnance item in the debris.

The EOD unit removed the item which was believed to be an inert tank shell and transported it to a Vernon area National Defense property where it was disposed of.

Prattville, Alabama A man sent a shock wave of fear through the Autauga County Sheriff's Department when he walked in carrying a box of munitions from WWII. He reportedly wanted to get rid of the ordnance which his father had brought home after his military service and figured it was best to drop it off himself.

The munitions, identified as .50 caliber rounds were packed into a plastic tool box and cushioned by a towel. The Alabama Law Enforcement Agency was contacted to examine the ordnance. The rounds were carefully placed outside in a secured, fenced in area near the sheriff's office with sand bags secured around them while waiting for the bomb squad to respond.

The rounds were safely removed off-site for proper disposal by the public safety bomb squad.

Some Homeowners Only Get to Clear Out the Dust bunnies

Frostburg, Maryland A WWII era Japanese mortar was removed from a Maryland residence after the owners discovered the munition while cleaning. According to the Maryland State Fire Marshal's Office who responded to the scene, the type 100 mortar was inert.

Palo Alto, California A son cleaning out the basement of his deceased father's home, found eight hand grenades and Japanese "knee" mortar. At least one of the munitions was reported to be live.

His father, an airline pilot and retired U.S. Marine, had been a Civil War and WWII history buff with an extensive collections of war memorabilia. His ex-wife was unaware that live UXO was being stored in the home, however.

The local bomb squad responded to the call and buried all of the devices in the front yard of the residence, covered them with 40 sandbags and blew them up after advising the neighbors to stay indoors.