Liliha, Hawaii Crews assisting with yard work at a residential property were surprised to unearth a projectile laying in the area. The workers called the police who responded with support from an Army EOD Unit based out of Schofield Barracks.

EOD transported the munition (show below), identified as a 5"/38 projectile, to Schofield Barracks for proper disposal. 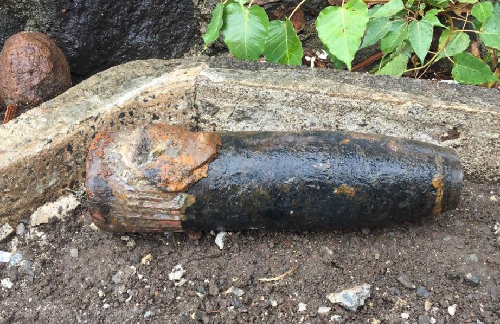 Mantua Township, New Jersey An EOD team from Joint Base McGuire-Dix-Lakehurst performed a controlled detonation of a UXO item found on the grounds of Gloucester County Christian School. The munition was determined to be a 40mm round from an M-203 grenade launcher.

Contractors clearing ground in a wooded area for a nature trail found the ordnance in the late afternoon when the school day had ended. Children remaining on school grounds for after school activities were immediately evacuated as crews responded to the scene. According to officials no one was in immediate danger, but the item was located only a few hundred yards from the main school building.

Homeless Projectile Tossed By the Wayside

Victorville, California Workers on a homeless outreach project searching a desert field for homeless people made a startling discovery when they found a 155 mm projectile. 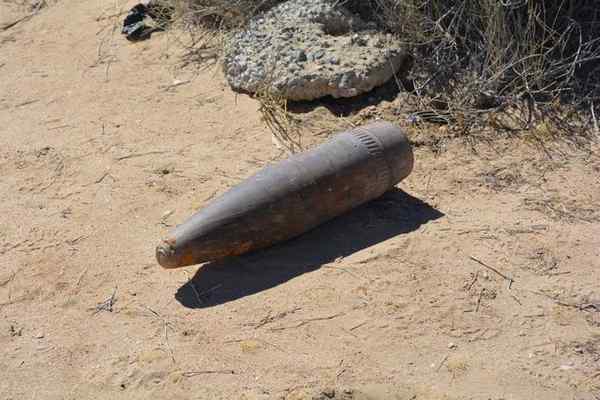 The workers called the police who responded with a local bomb squad to remove the ordnance. The projectile was determined to be live. Sheriff's office suspect that the munition was dumped illegally near a residential area.

Ypao Beach, Guam A volunteer picking up debris at the Gov. Joseph Flores Beach Park in Guam found something even more dangerous than the usual old nails and broken glass. He found an item which appeared to be a grenade. Not knowing what it was, he picked up the device and placed it at a nearby lifeguard tower.

The man continued with his beach cleanup before notifying authorities of the object which was later deemed a UXO. A portion of the Ypao Beach shoreline was evacuated for about an hour while emergency personnel and Navy EOD Mobile Unit 5 Detachment Marianas responded to secure the munition.

Monmouthshire, Wales The Chepstow Coastguard was called to investigate reports of a possible UXO along the banks of river Severn on the Welsh coast. The UXO was found less than 1,000 feet from the Black Rock picnic area. After the Coastguard verified that the item reported was indeed ordnance related, a Royal Navy bomb disposal unit was called in. The WWII era munition (shown below) was safely disposed of by EOD. 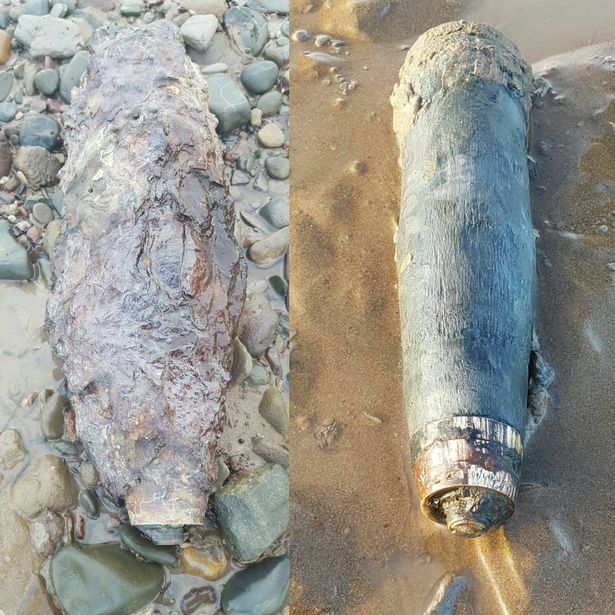 The ordnance was estimated to be at least 30 years old. Because officials identified the items as military ordnance, an EOD team from Fort Belvoir was dispatched to respond. Area streets were shutdown during rush hour to allow for safe removal of the munitions.

Time to "Shed" That Old Ordnance

Posted At : August 24, 2016 5:08 AM | Posted By : Admin
Related Categories: UXO Discoveries
Gagetown, Canada A team from the 5th Canadian Division Support Base (5 CDSB) Gagetown was dispatched to Prince Edward Island on Monday to take care of an old military ordnance that had been stored in a shed in Goose River for years. The Royal Canadian Mounted Police (RCMP) received notice of the device and secured the area until the EOD team arrived.

Galesville, Wisconsin Construction workers discovered an old artillery round during excavations. The workers notified the police who evacuated the area while members of a bomb squad from the 934th Airlift Wing in Minneapolis X-rayed on the shell.

The round, identified as 75 mm US projectile (exact type not reported) was determined to be live. The severely deteriorated round was safely moved to a secure area for disposal through open detonation.

Angus, United Kingdom An old military ordnance was uncovered on Montrose Beach in Angus. A private citizen reported the find to he UK Coastguard. The munition was encrusted, corroded and stuck in rocks.

The Montrose Coastguard Rescue Team was sent to examine the item who confirmed it was indeed military ordnance. An EOD team was called to dispose of the device. 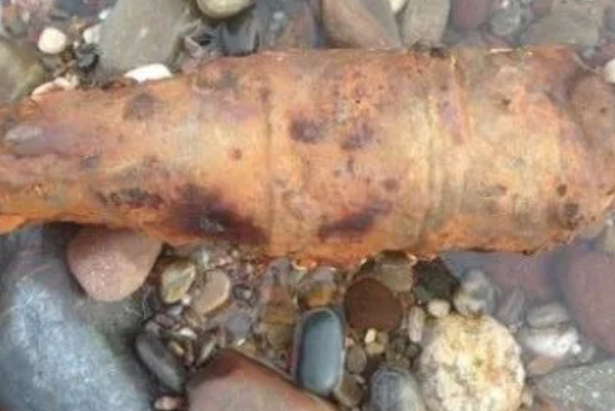 The crew called the police who responded with technical support from the local bomb squad. The four shells were found to be inert and safely relocated. It is unknown how the munitions ended up in the warehouse of how long they have been there. 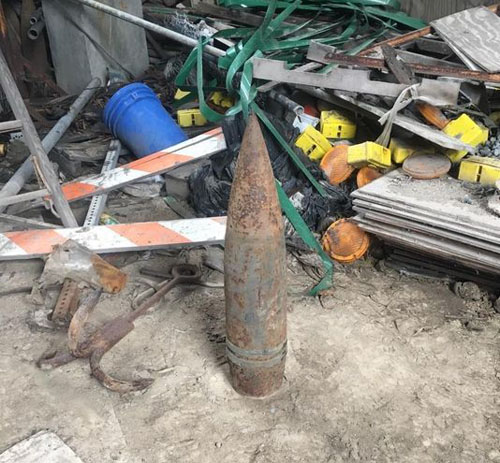