Green said, "Indeed this is military grade C4 explosives they are very dangerous and hazardous." The Flint Police Department's bomb squad responded to take custody of the explosives soon after the man reported the find. 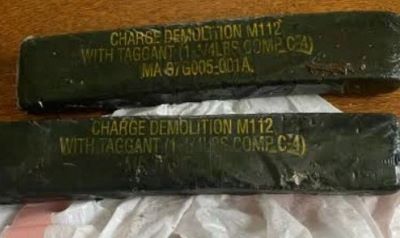 Normandy, France A man do some planting and gardening at his house came across two WWII era munitions. Rather than calling the police to report the find, the man took it upon himself to drive the munitions in the backseat of his car to the police station.

The police officers evacuated the station and notified their cognizant bomb disposal team for assistance. After reviewing photos of the munitions, the bomb technicians instructed the police to move the ordnance to a container filled with sand away from the building and guard them until the bomb squad could arrive to properly dispose of them.

Surrey, England A man working in his garden found more than weeds when he uncovered a projectile. After handling the item for a brief period, the homeowner opted to call the local authorities to respond. Surrey Police and Surrey Fire and Rescue responded as well as a EOD team (responding unit not identified) to secure and dispose of the hazard. 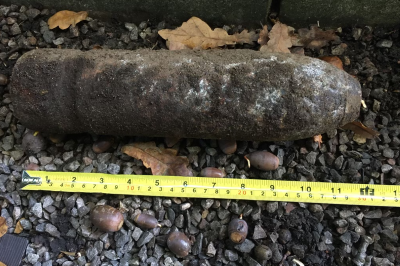 Gulf of Oman According to a statement from U.S. Central Command, the U.S. Navy and Coast Guard confiscated a large shipment of explosive materials headed to Yemen. Fishing vessel, dhow, was seized in international waters carrying more than 70 tons of the ammonium perchlorate and more than 100 tons of urea fertilizer (an explosive precursor). 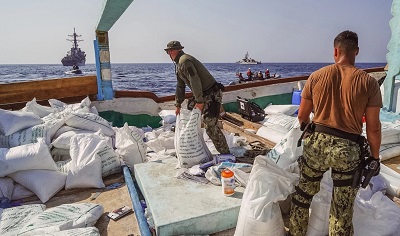 Osaka, Japan Japanese Ground Self-Defense Force (JGSDF) members removed an unexploded WWII-era bomb discovered on the construction site for a future university campus. Approximately 3,750 people were evacuated from the exclusion zone set up around the site, and one road was blocked in the area during removal operations. 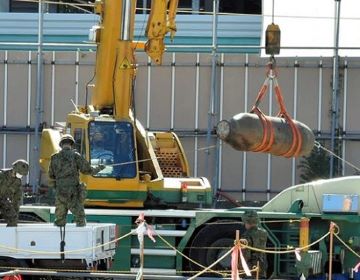